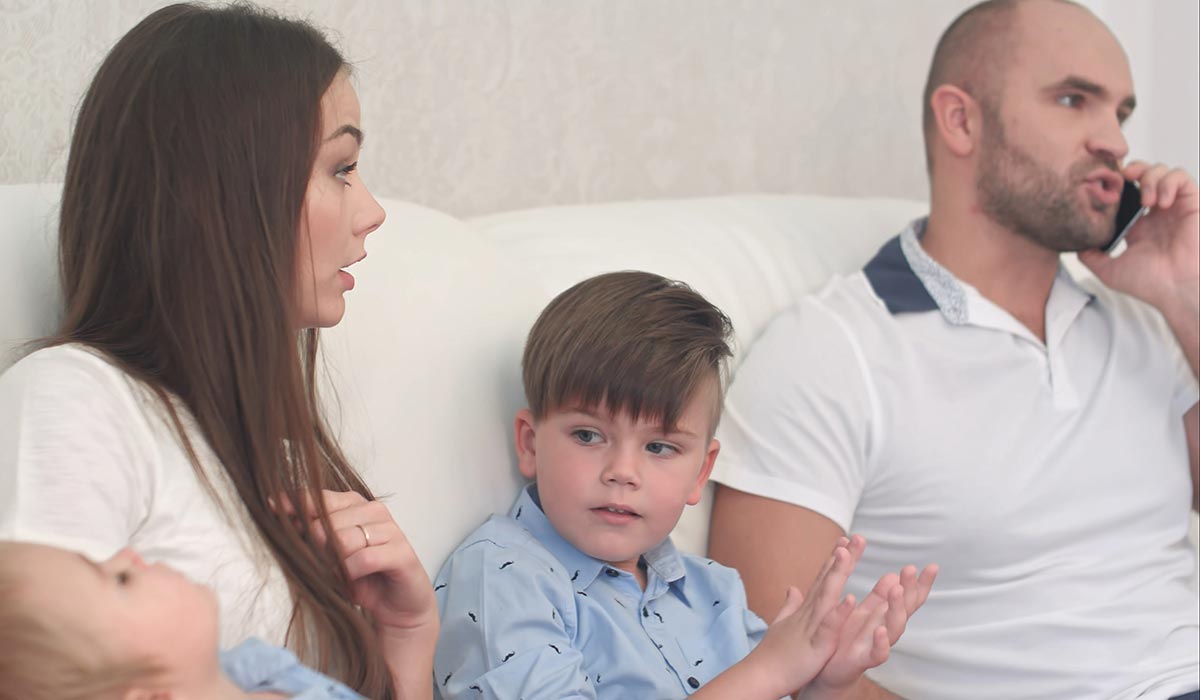 The impact of parental alienation on children.

At Tavistock Relationships, we believe that the quality of our couple relationships profoundly affects how we feel about ourselves and has material and measurable consequences for our lives and those around us, affecting the emotional, cognitive and physical development of our children. Indeed, the Early Intervention Foundation places particular emphasis on how parents communicate and how they relate to each other as key factors in good outcomes. Essentially, children desire a strong and healthy relationship with both parents.

The majority of couples and parents do indeed have good quality relationships, managing moments or periods of dissent and conflict without recourse to abuse, violence or the need to separate.

However, there are many couples in the UK who struggle to manage or contain their conflict within what could be considered reasonable limits, with profound consequences for both themselves and their children.

Only last week the Guardian highlighted the possibility of courts denying contact to partners who try to use conflict to ‘turn’ their children against the other partner. Whatever the arguments about this approach, it appears grounded in the thought that conflict of this nature is inherently damaging.

Research shows that parents and couples who engage in frequent, intense and poorly resolved inter-parental conflict put their children’s mental health and well-being at risk. At the same time, exposure to discordant but nonviolent conflict (emotional standoffs, cold and prolonged silences etc.) also has a powerfully negative effect on young people’s development.

A further bit of bad news is that research also shows that children of all ages are affected by destructive inter-parental conflict.

What are the consequences of parental disputes for children?

Yet, if we compare these with the effects of parental alienation on children’s emotional and behavioural outcomes, we discover the reappearance of low self-esteem, but we now add the concepts of hatred of self and others, trust issues, together with feelings of guilt and confusion or -to put it another way- feelings of alienation themselves. In some cases, the child may believe that the alienated parent does not love them and may also experience feelings of betrayal towards the resident parent through a longing to maintain contact with the alienated parent. Ultimately, parental alienation for the child represents a persistent un-mourned loss.

Harold et al., (2007) place particular emphasis on the attribution of meaning the child or young person attaches to their parent’s difficulties and the part they feel they have played in them. In some respects, there are similarities with, for example, a child who has argued with a parent or sibling just before they disappear or die, since they then find themselves wondering whether they have caused this terrible outcome. In that regard, children might feel responsible for what has happened, especially if a part of the parental difficulty centred on the child or young person’s behaviour prior to the couple separating.

The worst part – when children are caught in the middle

Some parents and couples are simply unable to work through their difficulties either within their partnership or even through the court system. This creates parental alienation. Kruk (2011) who has investigated this concept – believes that apart from the profound consequences of two parents being prevented from working together, the children are also left wondering what is actually happening.

As a consequence, these children are often required to take sides, involving an imagined or actual hate of the targeted parent or in more extreme cases a symbolic killing off of the alienated parent who is demonized and seen as dangerous, manipulative or worse. Furthermore, in my experience of helping alienated parents re-establish contact with their children, often the situation has been so fraught and traumatic that it rarely has had a positive outcome. This is because too much time has elapsed since the separation or divorce and also the contact can feel forced rather than voluntary.

In psychoanalysis, parental alienation would be seen as an extreme form of splitting, when love and hate, good and bad, hope and despair are kept apart rather than being brought together in the service of a resolution. However, in situations of parental alienation attempts to engage the resident parent more often than not results in a tightening of the defences. Indeed parental alienation is viewed as a sign of a parent’s inability to separate from the couple conflict, whilst at the same time preventing any possibility of addressing that conflict.

Strategies that are often employed to keep a parent alienated include badmouthing, denying contact and systematically attempting to remove the existence of the alienated parent from the child or young person’s mind.

The sadness of it all

Most alienated parents lose contact with their children involuntarily. Even more worrying is a finding in a study by Barker (2010), which shows that half of the adult respondents who had experienced alienation as children go on to find themselves alienated from their own children.

We at Tavistock Relationships, providers of couple counselling and psychotherapy (both face to face and online), believe that it is important to highlight the damaging inter-generational patterns of behaviour that bedevil couple and parental relationships and to help such couple work towards breaking this pernicious cycle.

We must continue to remind ourselves that hatred, according to Kruk (2011) is not an emotion that comes naturally to a child, but rather it has to be taught. Our experience has been that interventions designed to engage parents in deep seated conflict can be effective. For instance, our Parents in Dispute programme delivered during 2014/15 was concerned with the following aims;

Although this was a difficult to reach population, not only were the therapists successful in engaging both co-parents in attending sessions together, but they also found that those who were able to attend together showed a significant improvement in their capacity to co-parent effectively.

Ultimately, initiatives designed to target parental resistance may require a multilevel intervention, involving CAFCASS, Health, Social Care and specialist organisations such as our own to help these parents come to the table to think together about the needs of their children.

Based on a presentation given to the Westminster Dialogues Event Organised by Rebecca Giraud and Bob Greig from Only Mums & Only Dads CIC and sponsored by Dr Sarah Wollaston, MP.