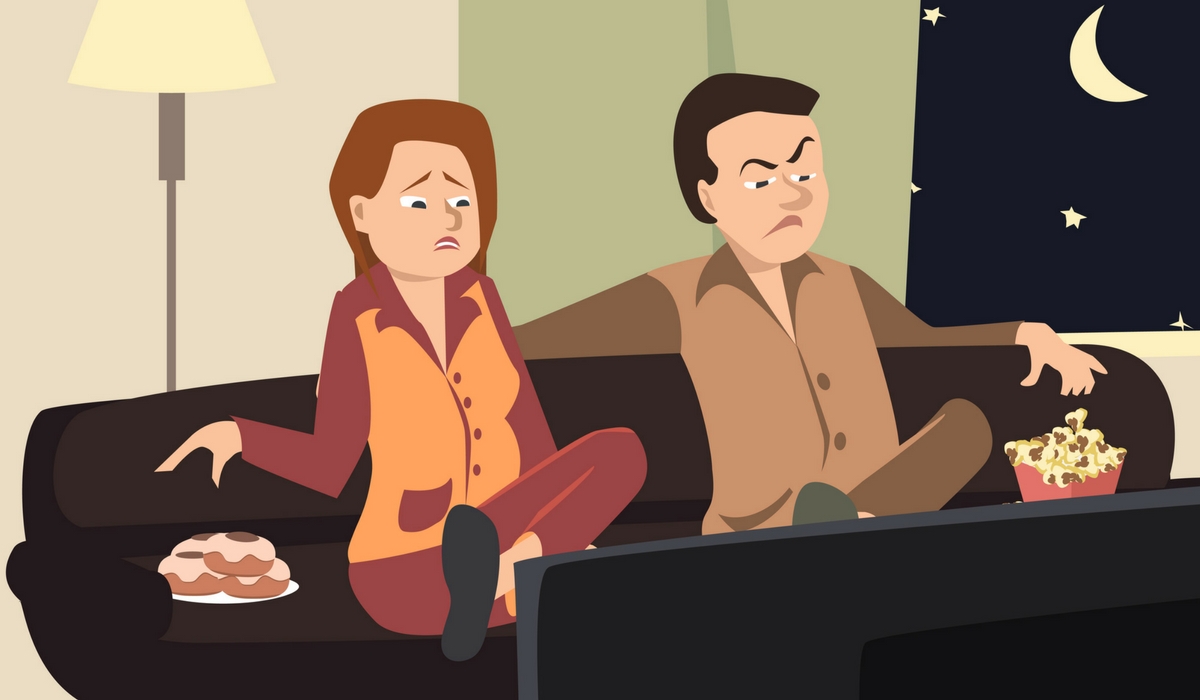 A step towards understanding why couples misunderstand their partner

Part of our 70th Anniversary blog series celebrating psychotherapy in the past, present and future:

We read a lot in the media about interpretations of supposed “facts” and the search for the truth and some say we now live in a “post truth” era where ‘fake news’ is a much talked about phenomenon.

We have just been hearing about the problem of what now can be believed.  What is authentic?  And how do we discriminate?  It’s an issue that as a psychotherapist, I deal with quite often.  I specialise in working with couples and couples of course can lie to each other.  They lie about small things – such as how much that new pair of shoes cost!  And they lie about big things such as whether he is still seeing his mistress or whether she is still secretly drinking. But on the whole these kinds of deliberate evasions or lies are not the stuff of what I deal with each day in my consulting room.  In couple therapy, the notion of truth is something quite different.

Sigmund Freud, the progenitor of my psychoanalytic profession had quite a lot to say about truth but overall this can probably be best summed up by his simple injunction that “Being entirely honest with oneself is a good exercise!” Freud had one central rule for those who came to lie on his couch to be analysed –  and this was “candour” - that thoughts should be spoken and nothing should be hidden.  But of course, being entirely candid and truthful is much easier said than done.  In therapy, for instance people often discover that not only have they hid the truth from others but they have also been lying to themselves -because being honest with oneself usually means facing up to some painful truths which we often try and avoid.

But to illustrate perhaps I might take you into my world with a little story from my consulting room?

This is the story of Tess and Craig. A couple I’ve dreamt up to illustrate my point.  This isn’t a real couple but it is representative of many of the couples I have seen over the years.

They have been coming to see me for some months.

They are a very attractive couple in their early forties – both of them are very successful and busy with their careers – they have two children Lucas, 10 and Cassie, 6 and they are feeling the strain.

It is a Tuesday evening and they are coming home rather late. In the taxi, Tess has cuddled up to Craig and suggested that perhaps when they get home they might watch an episode of The Crown and go to bed “early”.

They arrive back at their house.  The babysitter leaves and the children, though they are in their pyjamas, are still up

A note from school left on the kitchen table says that Lucas needs to practice his recorder piece for the school assembly that it is to take place this coming Friday.  Craig asks Lucas if he has done so and it seems he hasn’t.  Craig goes off to the living room with Lucas to do the practice.  Tess sits around waiting with Cassie – then she goes into Craig and Lucas and says “how long are you two going to be?” She also tells Lucas off for leaving his PE kit at school.  Then she takes Cassie up to bed and reads to her.  Cassie falls asleep and so soon does Tess.

Craig, finishing the recorder practice with Lucas goes upstairs with him and sees that Tess has fallen asleep on their daughter’s bed.  He leaves her there and goes down and makes himself something to eat and begins to watch the football.

An hour later, Tess comes downstairs.  She sees that Craig has eaten and is engrossed in Match of the Day. There is an argument and Tess storms back up to bed.  Craig follows.  Tess cries.  Neither of them can sleep.

This is the bare bones of what happened on that particular evening, but of course this is not how they told me the story.

Tess says; ‘We had a row last night.  I am so fed up with you Craig, it is hopeless – we just might as well stop therapy and separate.  I know that you don’t want to make things better.’

Craig says;’ What are you talking about?  You are so unfair – coming downstairs and shouting and blaming me – it’s ridiculous and so unfair.’

Tess interrupts; ‘I did not shout but you had promised we would watch The Crown but I knew you really wanted to watch Arsenal -  I don’t know why I ever suggest doing anything with you because you never want to.  And you also ate all the soup I made on Sunday and didn’t even offer me something – you’re selfish Craig…  You never think about me.’

Craig says – his voice rising; ‘me selfish?  I can’t believe you accuse me when I was just trying to help –I’m always trying to help you because you are so cross all the time.  You had already had a go at me and Lucas when we were downstairs. I thought you were going to make some pasta but then you went to sleep.  I was just trying to give you some space – You would have been furious if I’d woken you and I knew you didn’t want to do the practice with Lucas so I did it even though I was exhausted and it was definitely your turn….’

I guess you get the picture?

How could we make sense of this?

This was not the first time I had seen them in this kind of muddle.

As they sniped and snarled at each other I thought about their childhood histories.  I thought about Craig who had told me his father had always made him feel like he was second best. As a child he had felt he could never please his father – however well he did at school or at sport it never seemed enough.  I wondered if he felt that he was now in this same situation with Tess? Feeling never good enough? This inner truth of Craig’s distorts how he responds to Tess.  He sees Tess like his father, as critical and controlling.

I had also noticed from previous sessions that when Craig feels bad about himself he tends to withdraw – he tends to retreat.

Then I thought about Tess and her childhood.  She had a father whom she loved dearly but he was frequently absent.  She idealised him but she felt she could never get his attention. He was always busy with work or when he was around seemed to prefer spending time with her older brothers.  Tess felt rejected by him and is now primed for rejection.  She expects it and when she feels disappointed she is liable to quickly become critical and angry.

These experiences intersect.  They create a dynamic between the couple.  A negative cycle.

So, I said to the couple that I wondered if they had misunderstood each other?  That perhaps, they would have both liked to spend the evening together but something went awry between them.  Perhaps, I said to Tess, that she feels, as with her father, that Craig would rather spend time with the boys (the football and with Lucas) than with her?

I said I thought Tess felt very disappointed and that she somewhere deep down she fears that Craig doesn’t want to watch tv with her or have intimate time - so then, this seeming rejection makes you cross with him when you come downstairs and sadly this triggers a similar strong reaction in Craig?  Tess nodded and said yes, I was upset but Craig why can’t you just give me a hug or something – you just turned back to the tv when I asked if you’d left me any soup?  I said “Well perhaps Craig you felt disappointed too and that you had tried your best to keep Tess happy by dealing with Lucas and leaving her to sleep and then she criticises you just like your felt your father always did and then you feel bad and withdraw”?  I smiled.  They smiled.

Craig said; ‘This is like a merry go round …. we keep doing this don’t we?’

In couple therapy the aim is to seek truth – but not to find it or possess it!  Rather it is a process of unfolding something between a couple which leads to discovery and these discoveries lead to understanding.  Couple therapy is largely about getting to know things about yourself and your partner that have been hidden from view behind these assumptions. 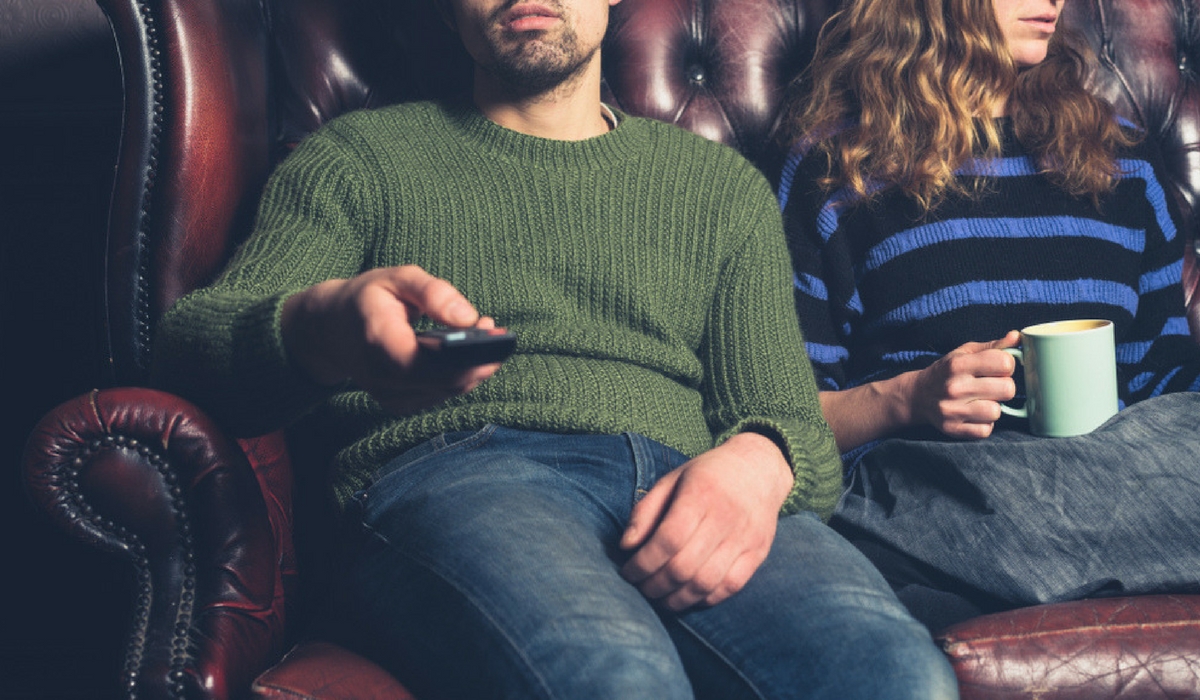 So, there are two aspects to seeking truth between a couple.

The second involves facing feelings too – the feelings of one’s partner and knowing about their experience.

And then can these two feelings/ these two inner truths co-exist without one obliterating or threatening one’s own?  Between couples this can sometimes feel very difficult and the couple then try to use the therapist as though they are judge and jury.

The couple expect the couple therapist to hear their case, weigh up the evidence and then pronounce who is right and who is wrong. Who is true and who is false?

Most couples take a little time to become curious – to become interested in how their inner truth may be not a product of some objective reality but rather a product of their own previous, usually childhood experiences.

In this little vignette we can see how Craig and Tess fail to see each other.   They are trapped by their individual truths but when they give up their defences and face their inner feelings and share them with their partner they rediscover each other and a different kind of truth emerges – one that is shared – and which creates a new narrative.

This is not an intellectual or cognitive process as Jung said “We should not pretend to understand the world only by intellect.  We apprehend it just as much by feeling.  The judgement of the intellect is only part of the truth.”

The following session Tess and Craig told me they had had a good week together and several “early nights”!

To find out how you can get help from a couple therapist face to face or online, book here.

Susanna Abse is a Couple Psychoanalytic Psychotherapist with the Balint Consultancy and holds the title of Senior Fellow, Tavistock Relationships