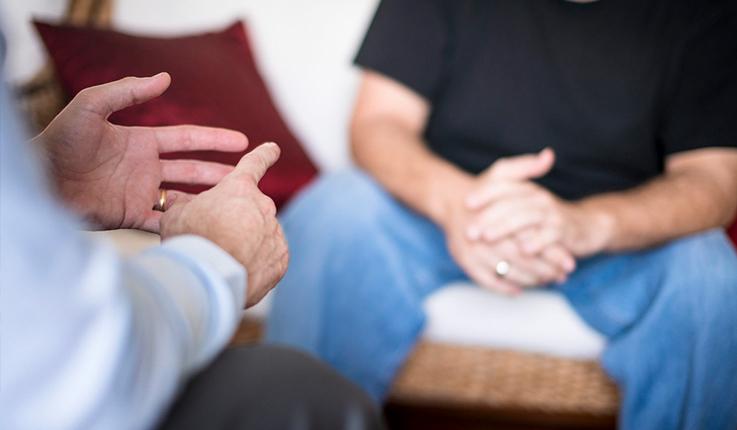 Mark assumed that Julie’s addiction to the ‘mumsnet’ website was what was keeping her up long after he went to bed at night. This had been true, but while waiting for the latest posting on ‘best toddler foods for fussy eaters’, Julie had strayed into other areas of the web. She found herself exploring online chat lines.

After a day of entertaining and feeding two young children and then feeding an exhausted husband, home from a demanding office job, it was fun to flirt with strangers and talk sex without the hassle of taking off her clothes and showing off her stretched-marked body. Julie did not consider this to be cheating on her husband.

What’s wrong with a bit of online flirting?

One night, when both children were ill and rushing back and forward to their beds, Julie neglected to log out of her chat room. Mark discovered that Julie had an ongoing online relationship with Darren which involved fantasies about being spanked and being tied up. Mark was shocked and felt he no longer knew who Julie was and wasn’t sure he could ever trust her again. He was particularly angry at her refusal to take his feelings of being betrayed and hurt seriously. ‘It was just a bit of harmless fun,’ she insisted.

It proved impossible for the couple to talk about the issue or resolve the disagreements between them. it was only when Mark threatened to leave that Julie agreed to come with him to relationship counselling.

How relationship counselling can help

During the first session, Julie maintained that Mark was over reacting. She blamed it on his religious upbringing which meant, she said, that he was ‘uptight’ about sex. Mark came across as angry and tight lipped. It was hard for either of them to show feelings of vulnerability.

As the weeks progressed the couple were able to examine problems in their relationship which caused each of them to feel lonely and estranged from one another. Since the birth of their first child, Mark had felt it important to work hard to support his family but he had neglected the fun side of his character. Julie felt boring and bored at times and instead of speaking to Mark about this she confided in her online friends at mumsnet. She eventually found an outlet with Darren which made her feel less boring, more desirable and exciting.

The couple were able to work with the counsellor to see how they had neglected looking after their relationship in favour of work, the children or friendships. They gave their tired, worn-out side to each other and kept the energetic or fun side for others. Through counselling, they were able to show each other how vulnerable and lonely they felt and eventually worked towards recovering some of the excitement of their early pre-children years. Julie spent less time on mumsnet and no longer felt the need to seek fun and excitement in online relationships.

What is cheating online?

Why is it easy to cheat online?

2. Am I cheating online?

Messaging my ex – can it be cheating?

Virtual sex – can it be cheating?

It is only online – how can it be cheating?

What is spyware and is it OK to use it?

3. Is my partner cheating online?

Is the internet a problem in your relationship?

How do I/we stop cheating online?

How can we talk about what’s OK online?