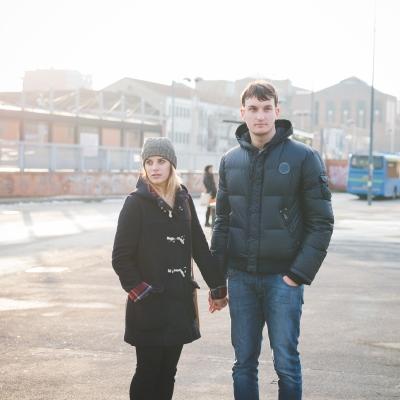 Carrie registered online for an appointment the morning after Shawn told her he was having an affair.
She had been worried for some time that something was wrong and when she confronted him and said that she was fed up of him being so difficult and angry, he confessed he was seeing another woman. Carrie felt terrified that their relationship was unravelling before her eyes and rang Tavistock Relationships that same day to see if we had an appointment. Because of a cancellation, they were offered an appointment the next day.

At the first session, it became clear that Shawn was as upset as Carrie. “I think I might have blown it”, he told the psychotherapist who saw them. “She says I’ve got to move out, but I can’t bear the thought of that….what about the children?” Both Shawn and Carrie cried and shouted at their first appointment but by the time they began weekly therapy, things had begun to calm down. Shawn had stopped his affair and the couple had begun to talk things through.

The therapist was able to explore what had happened and it became clear that Shawn’s affair was simply a symptom of other issues that had been long neglected. Neither of them found it easy to speak about anything difficult and so they had both shut up shop and stopped talking at all. The couple came to therapy for 10 months.

By the time they left the affair didn’t seem important at all. What was important was the fact that for the first time since their children were born, they were talking together and sharing their feelings whether they were good feelings or bad feelings, upset feelings or happy feelings. They had got to know each other again and they were back on track.

Ask a question
Book an appointment

You’re not alone; it is very common for relationships to be rocked by change. Our video demonstrates a scenario of a couple having a row after the arrival of a new baby. Our second video shows how, through relationship counselling, the couple have found a way to talk together about their feelings.